For the 2017 NBA Finals, ESPN and Sony Pictures' Spiderman: Homecoming took fans on a journey with Peter Parker in his quest to "just watch the game".

In this four-part campaign, the adventure unfolded with spots running on ESPN and ABC Networks during the NBA Finals. Fans had the opportunity to see the story play out on-air, as well as online with complementary social commentary from talent. 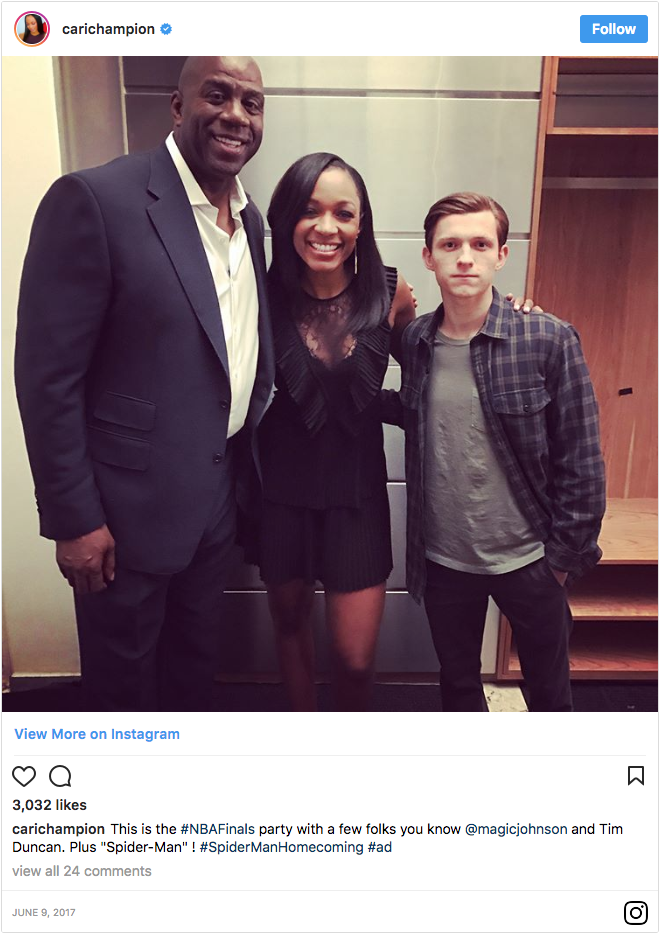